On April 23, Latvia-based independent newspaper Meduza was declared a “foreign agent” by the Russian state. The decision by Russia’s Justice Ministry made two publications (Meduza and PASMI, a Russia-based news medium reporting on corruption) the latest in a string of independent media to be added to the list of co-called “foreign agents”, throwing them into financial jeopardy.

Under the law, both news outlets will now legally have to put a disclaimer above every text they publish, both for articles on their websites and posts on social media. In 24-point font, this warning alerts viewers that they are about to read content from a “foreign agent”.

If media do not comply, they face fines, criminal charges or even a complete publication ban in Russia.

Galina Timchenko, Russian journalist, CEO and founder of Meduza. The Latvia-based news outlet was founded in 2014. Prior to establishing Maduza, Timchenko was editor-in-chief of Lenta.ru, one of the most influential Moscow-based online media outlets in Russia. In 2014 she had to resign: Lenta.ru owner was dissatisfied with news coverage of Ukraine. Most journalists resigned from Lenta.ru, in solidarity with Timchenko, and joined her in Riga, when she founded Meduza.

*  Can Meduza survive this pressure?
*  How will this effect their business model?
*  Does independent journalism have future in Russia?
*  How can international media community support Meduza and other affected media?

Russia and the West: Unmasking Spies and Expelling Diplomats. Business as usual or emergence of a new conflict? 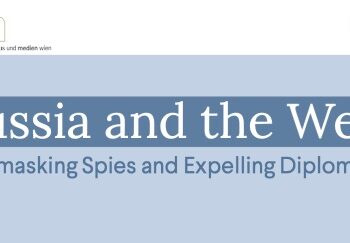 A Conversation with Cas Mudde Leading international expert on political extremism and far-right politics: Understanding the far-right in Europe. Do far-right parties have a common denominator? 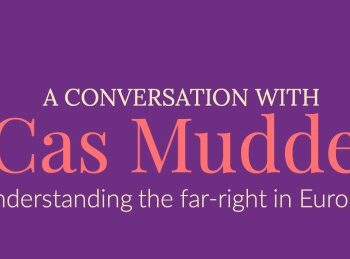