A Conversation with Cas Mudde Leading international expert on political extremism and far-right politics: Understanding the far-right in Europe. Do far-right parties have a common denominator?

Speaker
Cas Mudde is a Dutch political scientist who currently teaches at the University of Georgia, US. He has been studying European and US political extremism and right-wing policies for over two decades. Mudde has authored numerous articles and books, including: The Ideology of the Extreme Right (2002); Racist Extremism in Central and Eastern Europe (2005); Populist Radical Right Parties in Europe (2007):  The Far Right Today (2019). He is a regular contributor to different European media.

Do politicians described as far-right – Marie Le Pen, Giorgia Meloni, Alice Weidl, Herbert Kickl, Matteo Salvini, Santiago Abascal, Jimmie Åkesson, to mention some of them-share a similar worldview? What is the difference between the far-right and extremist ideas? Are far-right parties populist? 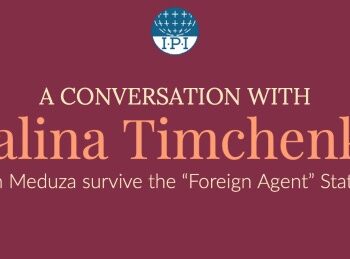