Topic: Environmental and Climate Consequences of the War in Ukraine

Speaker
Angelina Davydova is the most prominent Russian environmental and climate journalist, writing for international media, NGOs and think-tanks. She co-hosts the English-language podcast The Eurasian Climate Brief. Angelina is a frequent university lecturer and seminar speaker in Russia, Germany, and the US.

Prior to leaving Russia in March 2022, she wrote for the daily Kommersant, edited the magazine “Environment and Law“ and hosted a program at Echo Radio Station in Moscow.

Angelina Davydova is currently a fellow of the journalistic program Media in Cooperation and Transition (MICT) in Berlin.

Background
Russia’s invasion of Ukraine on 24 February 2022, the ensuing international economic sanctions against the Russian Federation, followed by Moscow’s elimination of numerous environmental regulations, as well as EU’s decision to allow the use of coal,  will have immediate climate and environmental consequences.

The conversation with Angelina Davydova will focus on the impact of the war in Ukraine on both climate and the environment. She will also address the consequences of Moscow’s elimination of environmental regulations in numerous industries. 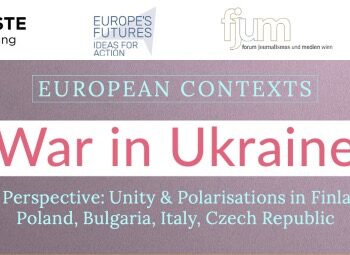 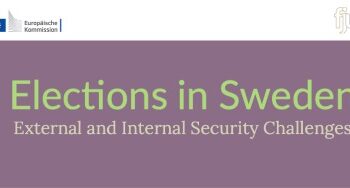