Protests in China: A Conversation with Vivian Wu

With over 20 years of experience in both Chinese and English media world, Wu has reported for the CCTV, South China Morning Post, the Initium Media, and the Portrait Magazine, among others. She has also worked as a consultant for numerous international organisations.

Originally from Lanzhou, Gansu Province, People’s Republic of China, Vivian Wu holds a BA in English and Literature from the Renmin University of China; MA in International Communication from the Beijing University and an MA in Political Science from The New School (New York). Vivian is based in New York.

Protests erupted in numerous Chinese cities. Angered by long lockdowns, imposed as a measure to fight Covid, people went to the streets to express their fury against numerous problems and casualties caused by the prolonged isolation. The measures were so strict, that according to some accounts, even ambulances and firefighters had limited access to premises.

While protesting lockdowns, some protesters began to ask for political changes. Some analysts consider the size and the demands of these protests unprecedented. Vivian Wu will explain the context. 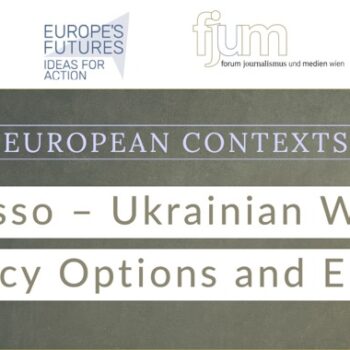