European Contexts: The Importance of the US Elections for Southeast Europe. Does the US have the last Word in the Region?

Dimitar Bechev is a non-resident senior fellow with the Atlantic Council’s Eurasia Center. He is also a research fellow at the Center of Slavic, Eurasian, and East European Studies at the University of North Carolina at Chapel Hill and the director of the European Policy Institute, a think-tank based in Sofia, Bulgaria. Bechev is currently Europe’s Futures Fellow. Expertise: geopolitics in Southeast Europe. Based in Oxford.

Marko Savković is an Executive Director at the Belgrade Fund for Political Excellence (BFPE), in charge of the program of the Belgrade Security Forum. Expertise: security in Southeast East Europe. Based in Belgrade.

Background:
US elections and their aftermath are closely monitored in Southeast Europe. Some politicians have taken sides.

It does matter what US top politicians and diplomatic representatives on the ground do and say, it matters who has the privilege to be invited to the White House or to the parties organised by the US embassies in national capitals.

Why is the US so important when some countries in the region are already members of the European Union while others aspire to join the club?

Covering the US elections: What do voters talk about? What motivates them? How does one cover the Elections in the Time of Covid -19 Restrictions? 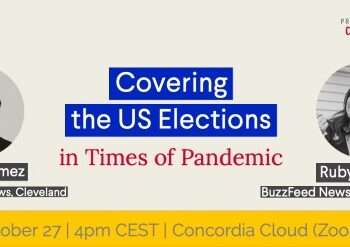 Can 2020 be a guide for what to expect in 2021? A conversation with Ivan Krastev 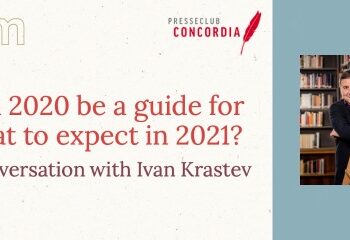